I am extremely happy that spring has officially arrived in Sydney. Apparently it has been the best winter here on record and it has been really dry (it has rained twice since we have arrived) but by gosh can it get cold here. Not the same kind of cold as Northern Ireland but the wind here would cut you in two. With it becoming warmer, it is great to get out and about and really enjoy Sydney and all it has to offer. I have to say, we are really enjoying the outdoors. Even simple things like taking a walk after work or grabbing a coffee is so much more pleasant when it is dry and warmer.

Last weekend we took a return trip to Toronga Zoo. It’s a really impressive zoo and great for seeing the city from another angle. You can take a cable car to the height of the zoo meaning you avoid trekking up a huge hill (not too bad on the way down). It also provides you with spectacular views overlooking the city as well as the elephant enclosure that it towers over.

You could really spend hours at this zoo. I won’t bore you with all the animal pictures as that kills me too but I do love the Australian ones, like the kangaroos and koalas. There were a good few animals I had never seen before too so that was a nice surprise. They also had a great wee sea lion show. Normally I’m not a fan of these type of shows as it seems cruel but these creatures appear to have been rescued and given the chance to be ambassadors for those less fortunate, helping to educate people about the importance of backing safer waters and maintaining a cleaner marine environment. 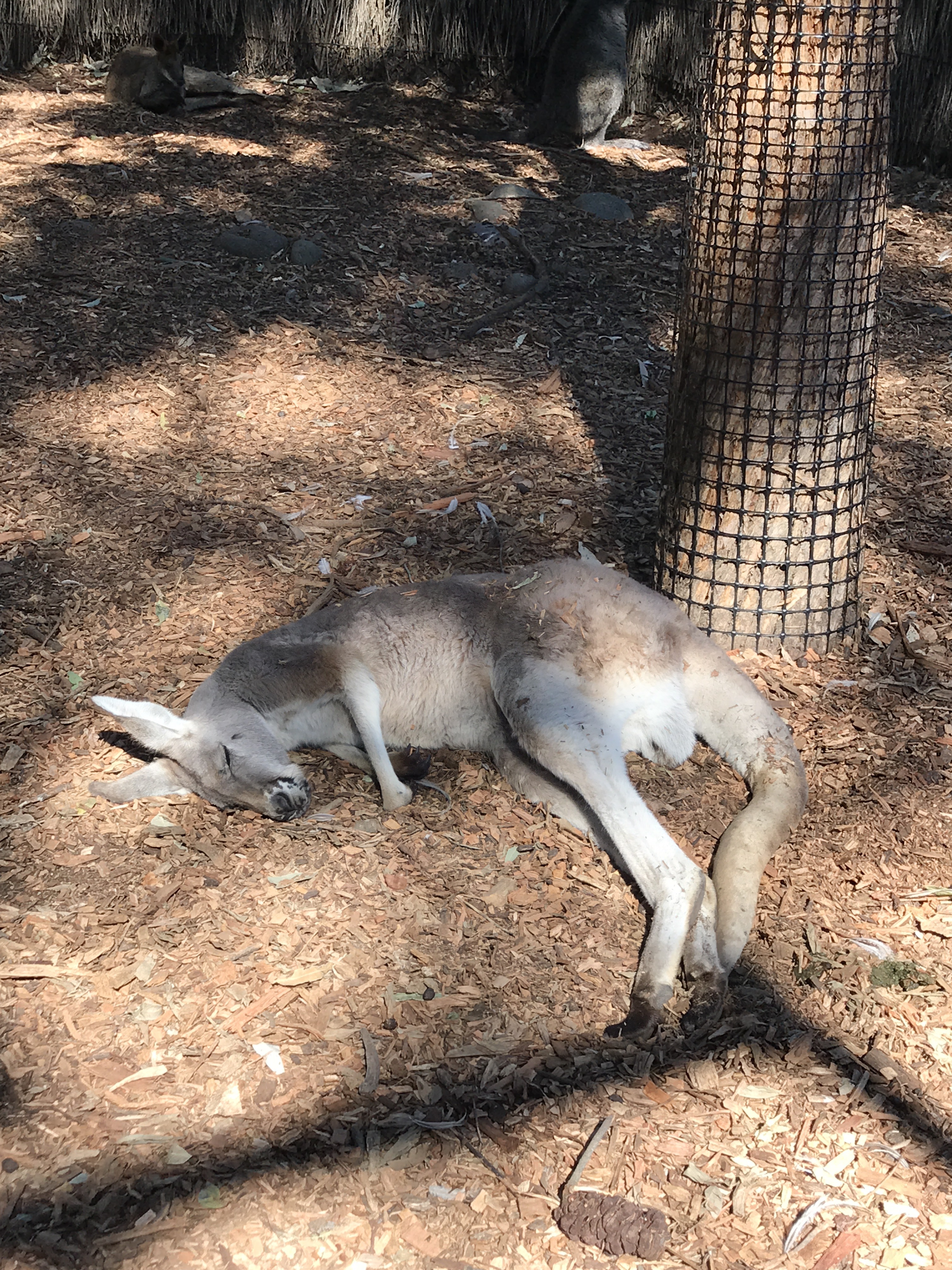 The best way to travel to the zoo is by hopping onto a ferry at Circular Quay. These ferries can take you to lots of places that are accessible by water. Yesterday we took another of these ferries to Cockatoo Island. We hadn’t planned to go here at all but we were waiting on a ferry to take us home when this ferry arrived first. It seemed an omen that we should go and pay a visit to the island while we had the chance.

The island has that feeling that you have just entered Alcatraz or equally found yourself in an episode of Lost where you might find ‘The Others’. This island had previously been used for ship building, housing prisoners that had re-offended and as a bunker during WW2. Nowadays the island is used as a place for open air concerts. There are lots of tents on the island already pitched for people to camp over night and holiday on the island for said concerts. 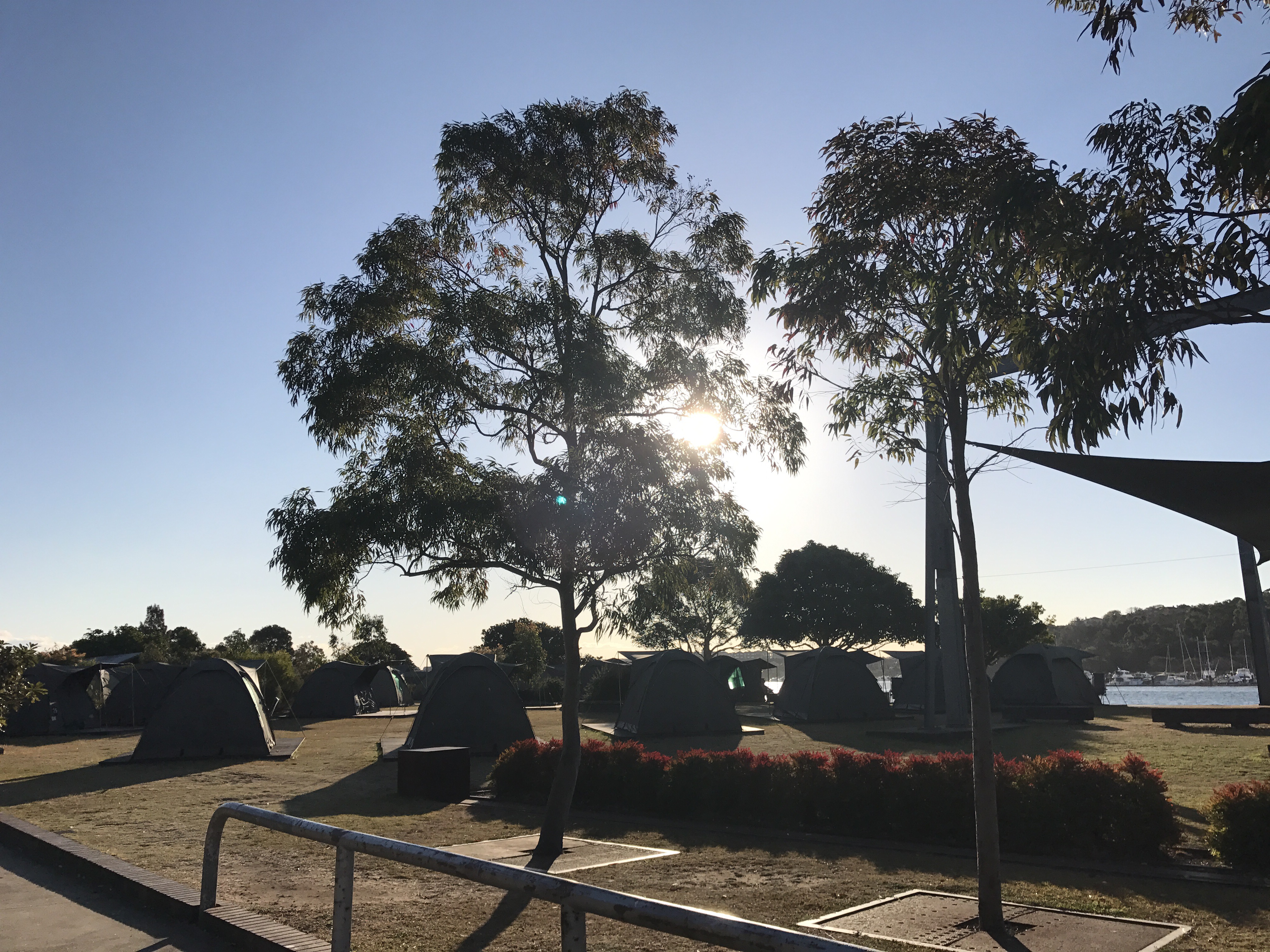 It is also a very popular venue for New Years Eve as it provides an amazing view of the Harbour Bridge and therefore, the infamous fireworks display. There are also small but really quaint apartments on the island for those wanting a more pampered overnight stay. Shower facilities are provided on site too.

Besides from the Blair Witch feel to the island, there are a lot of seagulls. The island should be called Seagull Island, certainly no cockatoos were seen! They’re pretty freaky as they sleep here on the island and will give you a large squawk if you approach them 😰 Not for those afraid of birds. It is definitely a place I would love to return to, moreso in a large group (safety in numbers).

One thought on “Spring is in the air 🌾”